The second part of Story 3 explores more aspects of the DNA molecule both when used as a message and when used to create new organisms. Also, we take a look into biological processes that are defined in terms of positive and negative feedback loops.Here are some questions you might want to discuss with your kids:

Q: What happens when we change a sequence in the DNA or we start messing with the DNA strand and we cut and paste pieces from other DNA strands into it?
A: We get an engineered DNA strand that may or may not exist in nature. The change can be as small as changing the color of your hair or as big as transforming you into a new type of organism altogether, like a mutant.

Q: What do you think is Daena’s best quality that makes her a great DNA detective?
A: First, she knows her biology. Second, she is inventive and tries to find solutions based on her knowledge. Third, her solutions are not complicated. They are simple and they work.

The story of the Dragon’s Treasure Makeover aims to teach both a problem-solving skill and a technical skill.

First, the problem-solving skill is “try to understand the nature of a problem before you attempt a solution”. Imagine your printer is not working and you say “It worked fine yesterday. What happened? It broke. I’ll call support,” when in reality someone by mistake pulled the printer’s plug.   In the story, all three wizards use the Spellopedia Magica, but only Thinkalot picks a useful spell out of the book. That’s because he asked questions in order to understand the true nature of the Dragon’s problem. Understanding the nature of a problem is most of the time harder than coming up with a solution. It’s a skill that takes time to acquire, but it’s invaluable. If your children are stuck on a problem you can teach them by saying:

“Understand the problem and you ‘re more than half way towards the solution.”

Second, the technical skill is “if you organize things based on an identifier then it’s faster to search through them”. In this information-loaded age, information management is a great skill to acquire, so this story will provide a good discussion framework for you and your children on this topic.

I’d be interested to hear your opinion or reactions of your children on these topics.

Here are some comprehension questions you might want to ask:

1. If you were a Dragon which wizard would you hire and why?
(Thinkalot because he would try to understand my problem before he cast a spell.)

2. If you were the Dragon how would you change your ad in the Magic Network to make more clear what your problem was?
(“looking for wizard to help with search of treasure. I would like to be able to find any item in my treasure in about one day. I don’t want to lose any of my treasure” etc. The goal is to write a more specific ad.)

3. Thinkalot’s solution splits the treasure based on the first letter of each item. That splits the treasure in 26 piles. What if half of the treasure items started with “A”? It would take the Dragon half a month instead of a day to search for an item starting with “A”. So Thinkalot would be in trouble! Can you help Thinkalot find a better solution before the Dragon finds out?
(One way to solve this is to split the “A” pile into 26 piles using the second letter and so on. There are even better solutions if you are creative with your sorting criteria. I’d be interested to hear what your children can think of!)

There was a Dragon in a place far far away and over the thousands of years she had lived, she had gathered almost every known treasure. From gold coins to enchanted weapons, to magical stones and scrolls. The Dragon had it all. 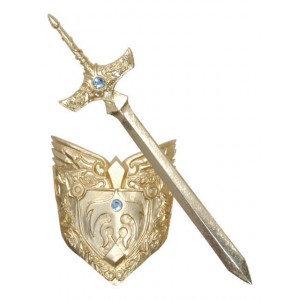 Since she was such a big collector, other dragons often asked her to show them one-of-a-kind artifacts during dinner parties like the Diamond of the Druids or the Sword of the Seven Kings. The Dragon wanted to impress her friends, but her treasure was so vast that she had to search for months and months to find anything. Dragon dinner parties are known to last many days, but even the most patient dragon guests could not wait for a month.

The Dragon  tried to remember spells to help search her treasure faster, but all she knew were dangerous spells used in combat, not in someone’s own dragon lair. 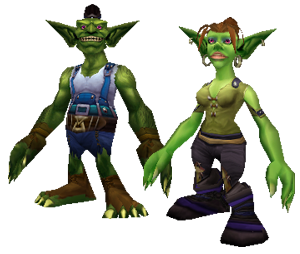 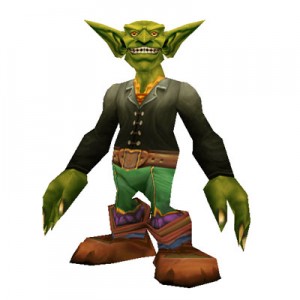 At some point she had hired one thousand and twenty four goblins to do the searching for her. But they turned out to be very unreliable workers (plus they stole treasure). So she breathed fire on them and they ran away (they were not tasty enough to eat).

But the Dragon didn’t give up. She decided to post an advertisement on the Magic Network for a wizard. She wanted a wizard smart enough to figure out a way for her to search through her treasure faster.

The next day, a wizard walked into the Dragon’s lair.

“Mighty Dragon, I’m the Great Don Havakloo. I read your ad and I have a very simple solution to your problem. I will perform a My-Treasure-Where-I-Can-See-It Spell.”

And so the Great Don Havakloo opened his copy of Spellopedia Magica, whirled his hands in the air and shouted:

“Treasure oh Treasure piled in far away piles
Move in front of the Great Dragon’s eyes!” 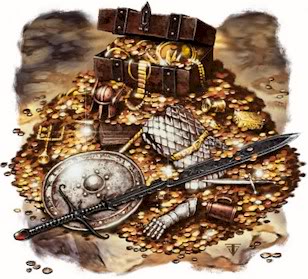 And all the treasure piled up next to the Dragon.

“Now your treasure is closer and you can save time searching for things,” said Don Havakloo.

“Don Havakloo, you really don’t have a clue. It takes me only thirty two steps to get to the treasure but a whole month to search through it. Do you think your spell deserves a reward?”

“I’ll give you a hotter reward,” said the Dragon and she blew a red hot flame and burned the wizard to a crisp. 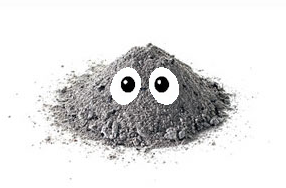 The next day, another wizard walked into the Dragon’s lair.

“Mighty Dragon, I’m the Grand Gobblehalf. I read your ad and I have a very simple solution to your problem. I will perform a Split-My-Treasure-Like-Butter-And-Eat-It Spell.”

“It spells T-a-s-t-y,” said the Dragon. “I’m curious to experience your spell, Gobblehalf.”

And the Grand Gobblehalf opened his copy of Spellopedia Magica, struck his magic staff on the ground and shouted:

“Treasure Pile split in two. One half left and one half right.
And as for my share, I will only take the right.”

The treasure split in two mountains, one stayed near the Dragon, the other next to Gobblehalf.

“Mighty Dragon, now your treasure is half as it used to be, so it will take you half the time to look for things,” said Gobblehalf. “I will take your other half as payment, so no worries.”

“My dear Gobblehalf, since you want to gobble up half my treasure allow me to give you an extra reward,” said the Dragon and blew a red hot flame and burned the wizard to a crisp.

The Dragon was about to give up looking for a fix to her problem, when a young wizard walked into the Dragon’s lair. 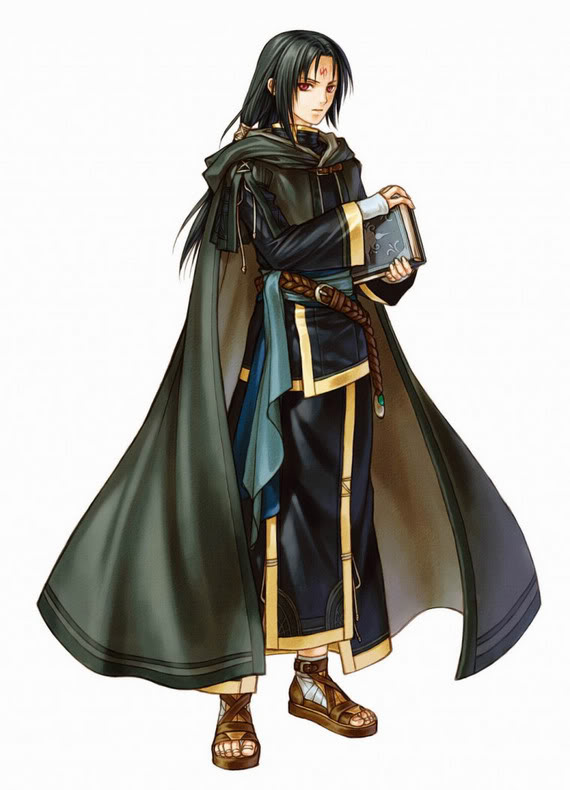 The Dragon thought that wizard would be amusing to watch, but she was surprised when the young wizard said “Hi, my name is Thinkalot, what exactly is your problem Mighty Dragon?”

“It’s taking me a long time to find an item in my treasure.”

“Is it because your treasure is too far away?”

“No” said the Dragon. “I burned the last wizard who assumed that was my problem two days ago. It’s because I have too much of it.”

“And what if you gave up some of your treasure to make it smaller? Would that bother you?”

“Yes. I burned the last wizard who tried to take half of my treasure yesterday in fact.”

“And is your treasure organized, Mighty Dragon?”

The young wizard opened his copy of Spellopedia Magica and searched for the right spell. After a few minutes he said “I think what would help is to use a Sort-My-Treasure-By-Name spell.” 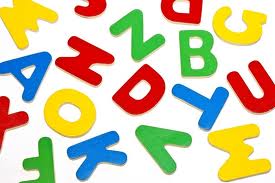 “Sounds like a spelling,” said the Dragon. “I’m curious to experience your spell, Thinkalot.”

So Thinkalot waived his wand and said:

…and so on and so forth and when he said…

“Zephyrs and Zircons go to Z” 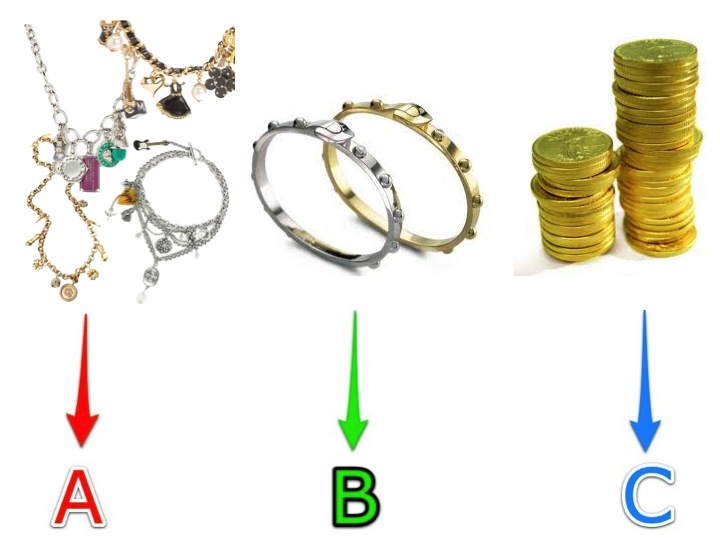 then the treasure divided in 26 piles, one for each letter.

“Now, Mighty Dragon, when you look for the Sword of the Seven Kings all you need to do is look into the pile with the letter S. So, instead of one month, you can find any item in almost one day,” said the young wizard.

“Young Thinkalot, you clearly think a lot. You diagnosed my real problem,” said the Dragon. “You can take anything you like as payment.”

And the young wizard said, “I don’t need a payment, Mighty Dragon. Can I instead come and visit you every week?”

“Sure. Why, Young Thinkalot?” asked the Dragon. 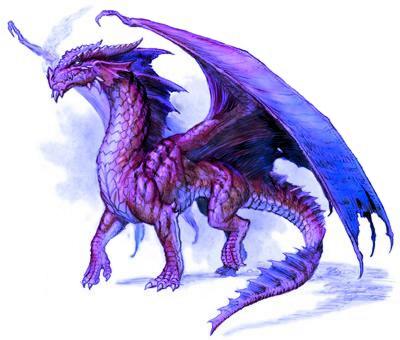 And the yound wizard replied, “Because you have lived a thousand years and I want to learn from your wisdom. Gold is very valuable, but knowledge is invaluable.”